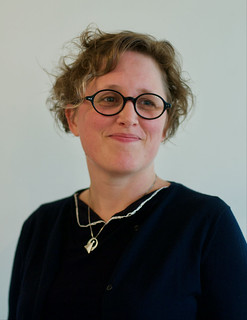 I am an associate professor of English Literature, a Dickensian, a Holmesian, a bibliophile, a knitter, a spinner, a geek and a feminist.

This blog is not a strategic (or even tactical) attempt to hone my social media profile. It is not a consciously shaped image. It is certainly not focused. It is the product of the period in which I have become and lived as an academic, with all the oddity that comes with growth.

It springs out of a group blog, Calcuttagutta, where we started blogging as we were finding our feet in higher education, partially based in an extended Buildungs-idea, thinking everyone should know a little of everything (and that we could help). I think it is still a good thought, though our blogging lost some of its focus along the way.

The blog begins in 2005, when I was winding up an eclectic undergraduate degree in which I had started out in comparative religion, meandered my way to history, then to ancient cultures, and finally ended up in literature.

It followed me to the University of Edinburgh for my postgraduate studies in 2006, as I wrote a master's dissertation on the parody of Douglas Adams, Terry Pratchett and Malcolm Pryce; and it became my principal form of procrastination as, still in Edinburgh, I wrote my PhD on unfinished narratives (in particular Charles Dickens' The Mystery of Edwin Drood). It has since suffered periods of neglect and frantic activity as I've worked in higher education institutions back in Norway. I imagine things will continue in a similar vein.

The blog is bilingual (trilingual, I suppose: There is one Spanish recipe in there somewhere), but has become increasingly anglophone over the years, as English has gradually become my primary written language. You can comment in any language you like, though you will have to register first (I do not cooperate with wordpress or google or similar, and so your username does not carry over; then again, I will not sell your information to anyone, either).

You can find my academic profile at Humanities Commons, my books at Librarything, my knitting at Ravelry and my tweets at Twitter.